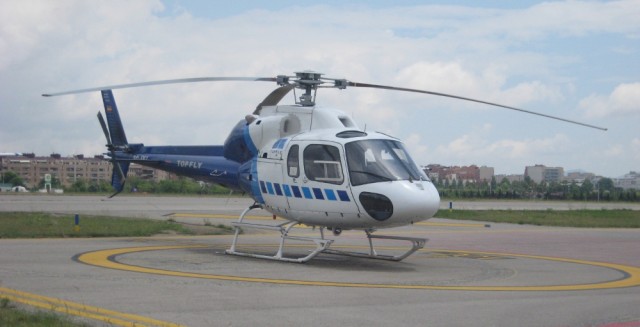 Top Fly was actually the first school I found out about. At the time it seemed my only two options were Top Fly in Sabadell or Centervol in Girona. As it turns out, it is a good job they were not.

I’d heard from Marcel at Aerolink that Top Fly had financial difficulties, although I was willing to put this down to bad mouthing the competition. I thought I would at least see what they offered.

I popped into see them in their rather impressive looking glass fronted building, but the chap who I needed to speak to was out on lunch. Instead of waiting I said I’d pop back in later in the week.

When I did, I found the place deserted, with what appeared to be a large group of smokers hanging around in the car park. It turns out that this group of smokers were the staff of Top Fly who were on strike. I was amazed to discover that they hadn’t been paid for the last four months, and were therefore going on strike for the rest of the month.

So there it was confirmed, big financial problems… Won’t be touching that place with a barge pole. Do, however spare a thought for the staff who will undoubtedly not have a job for much longer and will have to fight very hard to get what they are already owed.